Our team of dedicated specialist lawyers enjoy a breadth of experience second to none. On a daily basis we represent people under investigation at the police station and provide Magistrates Court and Crown Court representation and advocacy services.

We are very rare amongst specialist motoring solicitors to be able to provide genuine specialist representation on a legally aided basis (subject to eligibility) and our low overheads mean you don’t have to pay Manchester rates whilst retaining some of the best talent in the business. 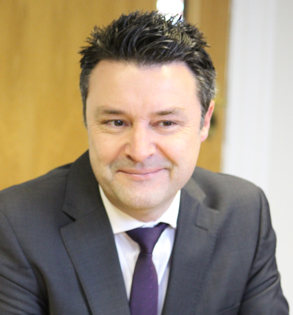 Ivan joined the practice in August 2006, becoming a Partner in 2008, having previously worked alongside Michael Leach at Inghams Solicitors, Preston.

Ivan is passionate about the work that he does, he has been a criminal defence lawyer for 15 years and has been a qualified solicitor for 17 years. He has been a criminal duty solicitor since 2006 and is a member of the duty solicitor rotas for Preston and Skelmersdale police stations alongside Preston and Chorley Magistrates Court. He is responsible for all aspects of criminal defence for his clients from initial representation at the police station. Ivan specialises in the provision of advocacy services at the Magistrates Court where he enjoys a strong reputation as a committed trial advocate.

“I have dealt with a vast array of cases. I represent clients at the police station, magistrates’ court & Tribunals.”

Ivan has worked in Preston for nearly 30 years. He is married to Jo and has 4 children. He is an MG enthusiast and enjoys visiting rural France.

2. R v D – Represented defendant facing drink driving offence, was able to prove that he had in fact been wrongly charged due to a DNA error.

6. R v S – Defendant charged with criminal damage, CPS offer no evidence, case dismissed against the defendant due to representations made by myself.

8. R v M – 14 year old charged with possessing a knife, this youth was successfully defended and acquitted at trial. 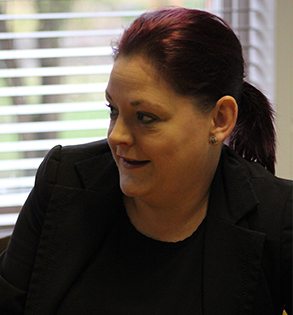 Having qualified as a solicitor in 2003, Lesley remained with Stanley H Cross and Co for a number of years until the opportunity arose to join Laverys Solicitors (now incorporated into Vincents) in Preston, joining Kellocks in 2007.

Lesley has been a criminal duty solicitor for both the Court and Police Station since 2005 and is a member of the duty solicitor rotas for Preston and Skelmersdale police stations alongside Preston Magistrates Court.

Throughout her career Lesley has been responsible for all aspects of criminal defence for clients from initial representation at the police station, advocacy services at the Magistrates Court and currently specialising in serious crime in proceedings at the Crown Court. She has a keen interest in serious crime and large scale proceedings. Lesley has always also had a very keen interest in the intricacies of the laws of evidence and the vast and ever changing rules and procedures.

Her significant experience saw her act as agent prosecutor and advocate for the Lancashire Probation Service at Magistrates’ Courts in the central Lancashire area for a number of years and for a brief spell acted as agent Prosecutor for the Crown Prosecution Service.

Lesley is a former member of the Domestic Violence Liaison Group, a multi-agency group set up by the Court Service to monitor and effectively manage Domestic Violence cases through the court system. Lesley was also part of the first Digital Implementation Group, another multi-agency group, involved in the initial set up and roll out of the first stage of digital working with the Criminal Justice System. Lesley was also responsible for obtaining the Specialist Quality Mark for the firm in 2015 and again in 2019. She now heads up the Crown Court department.

In her spare time she enjoys teaching performing arts to children across the local community in a range of schools, clubs and theatres.

1. R v KS – Represented defendant facing allegations of multi million pound possession with intent to supply Class A drugs, importation and possession of firearms and ammunition for three days of interview at the police station. Ultimately led to successful opposition to an application to vacate his guilty pleas.

2. R v W – Represented local gang member, first defendant on the Indictment, prosecuted for conspiracy to murder in one of the largest cases dealt with at Preston Crown Court in 2015.

3. R v C – Avoided a custodial sentence for a defendant in a multi count sexual offences case committed due to, in part, prescribed medication he was taking for a serious illness.

5. R v H – Avoided a custodial sentence for a defendant guilty of conspiring to transport prohibited items into prison.

6. R v G – Secured an acquittal for a young man alleged to have abused elderly people in his care.

7. R v T – Represented a mother accused of providing a false alibi for her son in relation to a serious OCG offence.

8. R v P – Secured a Hospital Order for a young man who was seriously ill and almost failed by the system. 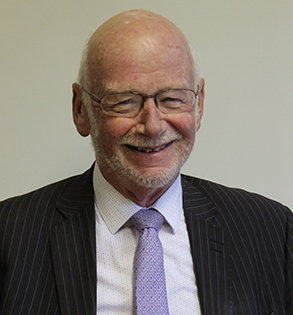 In April 2014, the practice was very pleased to welcome Michael to its team, one of the country’s most experienced Magistrates Court advocates.

Michael has been a Criminal Defence Solicitor for more than 40 years. He was a Sole Practitioner for many years, practising as Dorothy Heatons initially also with a specialism in Family Law.

Michael sold his Practice in 1999 and has been a Consultant ever since. Practicing from Vincents Solicitors, Preston prior to joining the team. Over many years, Michael has developed a niche market specialising in Motoring Law and he is regarded locally as the go to expert in that field.

Mainly based at Preston Magistrates Court, Michael has travelled to many outside Courts primarily in the North West but as far afield as Woking, Cheltenham, Hull and North Allerton.

A renowned Crown Green Bowling enthusiast and television commentator, Michael is a former All England Champion and Winner of many tournaments spanning six decades.

1. R v M – Acquittal of client after 2 day trial of staff member at special school alleged to have assaulted pupil despite evidence of 4 colleagues (all of whom were discredited under cross-examination) who gave evidence that assault occurred.

4. R v W – Acquittal of client charged with using a vehicle without insurance on basis of complex legal argument which was upheld by the High Court on an unsuccessful appeal by the prosecution. This is now established case law.

6. R v C – Disqualification avoided for client on breathalyser charge persuading the Court to find “Special Reasons” based upon laced drinks where the agreed evidence was that approximately 17 measures of vodka must have been added to the client’s alcohol free drink.

7. R v P – Disqualification avoided for client on breathalyser charge persuading the Court to find “Special Measures” based upon the client’s accidental consumption of another person’s drink.

8. R v H – Disqualification avoided for client on charge of failing to provide specimen of breath at the Police Station on the basis that, from partial samples given, client would have been under the limit in any event.

10. R v D – Custodial sentence avoided for client charged with manslaughter on the basis that only one blow struck and that victim had an eggshell skull. 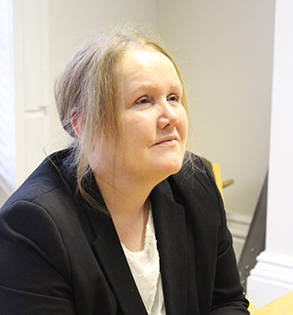 Beverley is a highly experienced Criminal Advocate with an established criminal practice. She was admitted as a solicitor in 1992 having served her articles with Silverman Livermore Solicitors in Liverpool. She has been both a court and police duty solicitor since 1995, has previously been a Criminal Supervisor and was employed at the Kennedy Partnership in Lancashire before becoming a Consultant at Kellocks Solicitors in 2007.

After qualifying as a Higher Courts Advocate in 2006, Beverley has been employed as a full time Criminal Advocate since, routinely instructed in long running cases involving murder, serious sexual offences, fraud, large scale drug cases, firearms, robbery, benefit fraud, large scale public order offences, prison riots, confiscation proceedings and the like. She has always appeared on behalf of the Defence and has conducted numerous trials, sentences and interim hearings.

As a specialist criminal litigator for over 24 years, Beverley has extensive experience in preparing complex cases for trial and in particular analysing and challenging complicated scientific, expert and telephone evidence. She is regarded as having a reputation for hard work and attention to detail.

With strong local connections as a graduate from the University of Central Lancashire, Beverley enjoys travelling, sailing and “family stuff”.

1. R v D – Represented (Led Junior) a defendant charged with murder in the course of an Assault. The case involved extensive expert evidence relating to the issue of diminished responsibility.

2. R v B – Represented (Led Junior) a defendant charged with murder arising out of a drug fuelled domestic argument. This was a case involving complex issues of telephone and forensic evidence.

3. R v W – Represented (Led Junior) a defendant charged with murder. This was an eight defendant joint – enterprise murder arising from a feud between drug gangs. The trial was complex and lasted for 3 months.

4. R v G – Represented a defendant charged with three offences of rape against three separate women. The allegations were that the complainants had been targeted and involved the issue of consent. The defendant was acquitted after trial.

5. R v M – Represented a defendant charged with historic sexual assaults and rape. The complaint was supported by another family member against the defendant. Acquitted after a 5 day trial.

6. R v H – Represented a defendant charged with serious drug offences. The case was dismissed after a submission that the police had breached the codes of practice and that the evidence was insufficient to establish a case to answer.

7. R v F – Represented a defendant charged with wounding with intent. The issues in the case involved complex DNA analysis. The defendant was acquitted.

8. R v K – Represented a defendant charged with conspiracy to supply cocaine. This was a regional crime squad investigation and concerned the supply of drugs from Cumbria to Liverpool in wholesale quantities.

10. R v G – Represented a defendant charged with historic sexual assault and rapes against 5 different family members. Each complainant supported the other in the allegations spanning several decades. The defendant was acquitted on all counts. 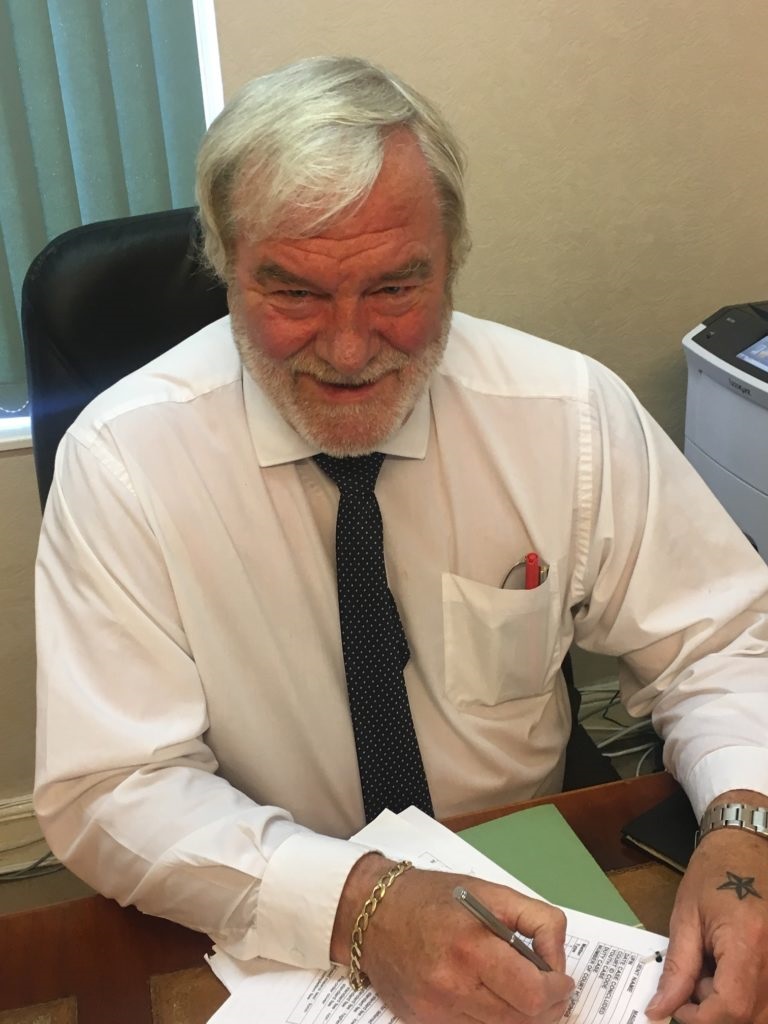 Trevor gained significant knowledge of the detailed working of police station custody suites during his service with Lancashire Constabulary before training as an accredited police station representative at renowned Preston Criminal Defence firm Jeff Brailsford Rimmer.  After many successful and happy years there, Trevor remained part of a strong team that merged with Preston firm Laverys which was subsequently taken over by Vincents.  Following the closure of Vincents’ criminal practice, Trevor joined Kellocks.

For many years now, this poacher turned gamekeeper has been advising those detained at police stations and providing them with the very highest quality representation.

With a cheery manner whatever the hour, Trevor covers our police station work night and day.  With years of experience under his belt, you can be confident of receiving the highest quality of advice when represented by Trevor at the police station.

Now a grandfather, when enjoying the daylight outside custody suites throughout Lancashire, Trevor loves spending time with his family, playing and umpiring cricket and following his beloved rugby. 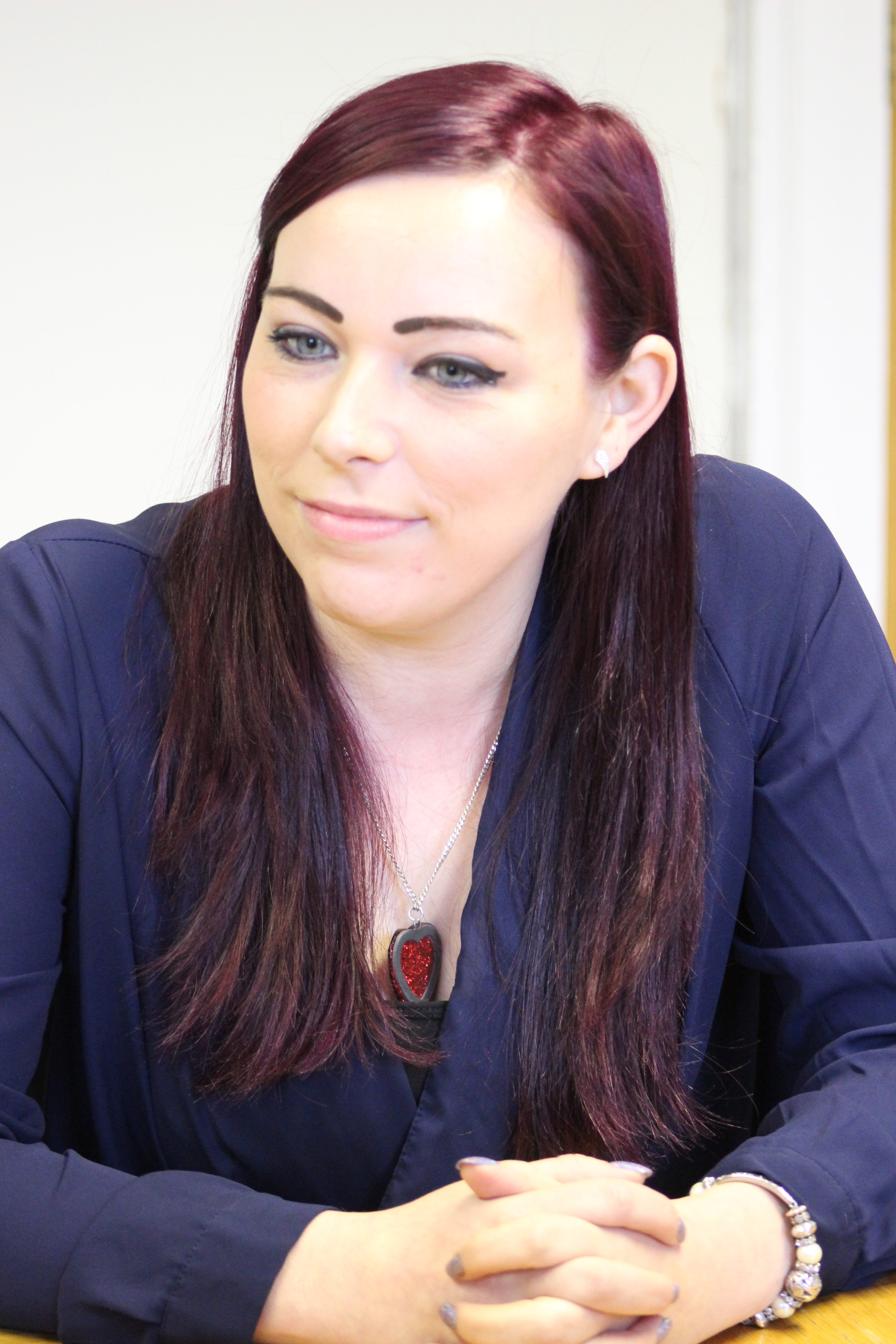 Adrianna celebrates 14 years with the practice this year as she has been with the firm since 2007. Having started off initially as an Office Assistant, she worked her way up to become a Legal Secretary and is now Office Manager.

Adrianna is responsible for the book keeping, accounts and billing and is Personal Assistant to Ivan Dickinson – Principal.

Adrianna’s main interests are currently her two children but when time permits she enjoys reading, socialising with friends and DIY projects. 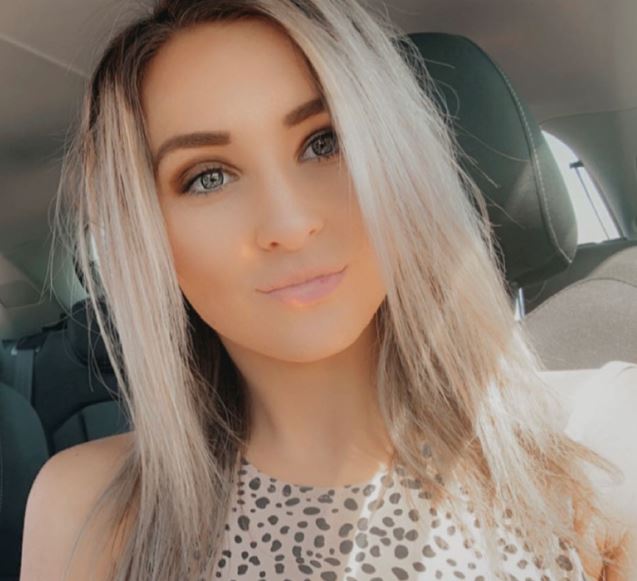 Georgia joined the team in August 2021, is an administration assistant and would be one of the first people you would speak to when phoning our office.

Georgia is currently studying to complete her LPC, having already acheived a LLB Hons Degree in Law at UCLAN.

In her spare time she enjoys going walking and socialising with friends.

She also equally enjoys relaxing at home watching a box set with a nice bottle of wine.

Kellocks Solicitors is authorised and regulated by the Solicitors Regulation Authority (SRA No. 663725).